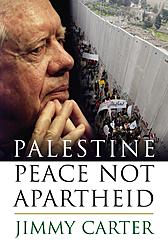 Over 100 Minnesota law enforcement officers attended a 2012 conference organized by the Israeli consulate in which Israeli police trained them. Israeli forces often use the knee-on-neck restraint on Palestinians…

Israel has been training law enforcement officers around the US for many years, despite the fact that Israeli forces have a long record of human rights violations…

Meanwhile, Congress is poised to pass a bipartisan $38 billion package to Israel…

Everyone knows that the police officers who killed George Floyd never would have been fired or arrested if a courageous black girl had not filmed the incident on her phone and posted it to social media.

And here from Jewish Voice for Peace about foregrounding racism in the United States.

And here from the Palestinian BDS National Committee (BNC)

An opportunity to deeply investigate the connections between the security forces of Israel and the United States—Beyond Connecting the Dots, July 18, 2020, 12-7:30 pm (East Coast USA time)

BTW: How interesting that the police officer who murdered George Floyd is named Chauvin.  Most people now know the term “male chauvinism,” but “chauvinism” without “male” predates that term by about two centuries.  Nicolas Chauvin, a French soldier, was a passionate admirer of Napoleon.  His name is enshrined in the word chauvinism, which came to mean extreme nationalism, hatred of minorities and other nations, and endorsement of militarism, imperialism, and racism.  Whether or not officer Derek Chauvin is descended from Nicolas Chauvin, he seems to be his philosophical heir.  It is a philosophy that we are better off without.

As I write to you our campuses enter the third week of school closure. As Head of School I do live on campus and it has been too quiet lately as students and teachers are the soul of any school. And a school without its students and teachers is just a group of buildings.
Our seniors were taking their IB Mock exams when the closure was announced, and we had to think fast to decide what the next best steps would be for our community. Our leadership team, administrative and teaching staff never stopped working – each from their own home – to provide online materials and lessons to more than 1500 students in all grade levels (KG -11th) while our seniors continued their exams online.
Due to the dedication of our staff we were able to launch distance learning for the first time at RFS given limited resources. Our goal is not only to minimize the disruption of the learning process, but also to keep us connected to our students and their families at such challenging times when we all need each other.

Teachers, administrators, principals, students and parents are all working hard together and that is how our community will survive. The school like Palestine itself has held steadfast. We hold true to our mission and we have hope for the future. At these uncertain times, we are unsure of what is coming and we have not been able to ensure our financial budgets for the next academic year.

Thank you for helping us maintain the school’s sustainability, so we can, together, make sure that RFS can continue offering Quaker education to Palestinian youth for another 150 years.

Wishing you and your loved ones wellness and peace and good health, 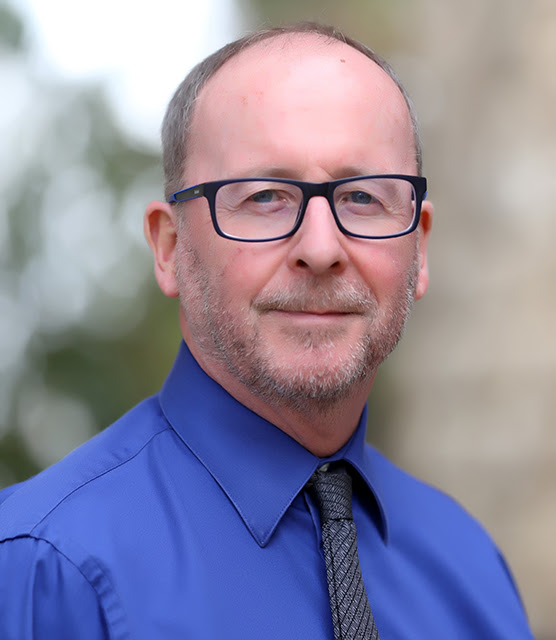 I have widened my 16 year Palestine-Israel photographic project by locating, interviewing, and photographing Palestinians living in yet another of their many diasporas, this one internal, meaning in the Occupied West Bank of Palestine. In the fall of 2018 I photographed 15 Palestinians, most first-generation refugees, some second, third, and fourth generation. I’ve also photographed their original regions, their sites of expulsion where many had provably lived for multiple generations, now in Israel (or what’s called 1948 Israel to indicate the occupation). The first generation Palestinians suffered the Nakba in 1948, the Palestine Catastrophe, coincident with the formation of the Israeli state.

Palestinians are one of the world’s peoples longest colonized—since 1948 by Israel during the Nakba, later thru the occupation of the West Bank in 1967, and most recently by the blockade of Gaza in 2005—and living in external diaspora—Jordan, Syria, Lebanon, Scandinavian countries, and elsewhere including the United States. Since 2003 I’ve photographed regularly in Gaza, the West Bank, and Israel to depict their conditions. Now, responding to the worldwide refugee and immigration crisis, and with the help of many contacts and friends in the USA and Palestine-Israel, I have the opportunity to reach further with my photography and show more widely the consequences of colonization and immigration.

I plan to return in spring, 2020, this time with others (the Alternatives to Violence Project, AVP) to enter Gaza and continue my work. I hope to work with the Palestinian organizations, Badil and Adalah, and the Israeli organizations, Zochrot and B’Tselem. I offer my efforts to amplify the Palestinian right of return.

As international attention on Israel’s policies toward the Palestinians—occupation and blockade—increases, our Israel-Palestine Working Group produced the following program at our annual five-day New England Yearly Meeting (NEYM) Sessions:

(Click here for more info and here for photographs of Sessions)

However, we failed to bring our annual report to meeting for worship with the intention of business, a staple of this Yearly Meeting. Click Talking Points (Word) for our report’s talking points, with illustrations.

Building a Just Peace in Palestine-Israel

John and Laurie will have just returned from a month in the West Bank where they deployed with Meta Peace Teams to advance MPT’s vision of seeking “a just world grounded in nonviolence and respect for the sacred interconnectedness of all life.” Their mission is “to pursue peace through active nonviolence” amidst the conflict in occupied Palestine, as part of a growing field of work known as Unarmed Civilian Protection, or Third Party Nonviolent Intervention. (Jeffords 213)

They will report on:

Moving our Meetings to Take Action on Israel-Palestine

How do we talk to one another about the issue? How do we engage our meetings? Given the urgency of the situation, particularly for the people of Gaza, what do we need in order to take faithful and effective action? What do those actions look like?  (Jeffords 213)

A REPORT AT BUSINESS MEETING

Monday, 7-9 pm, probably near the end of the evening

A proposed Minute of Concern for Palestinians in Gaza from Burlington (VT) Monthly Meeting and a report about our two presentations at Living Faith in April, 2018, about anti-Semitism, Islamophobia, racism, and privilege; and Quakers and Antisemitism.

Tuesday, side room in dining hall, exact place and time to be determined

Please scroll up to their workshop info for more details.

OCHA in the occupied Palestinian territory

In 2002, OCHA established its Country Office in the occupied Palestinian territory (oPt), occupied by Israel since the 1967 war, to support international efforts to respond to the humanitarian situation in the West Bank, including East Jerusalem, and in the Gaza Strip.

The major drivers of humanitarian vulnerability in the oPt are the protracted occupation, the systematic denial of Palestinian human rights, and continuing conflict, punctuated by frequent outbreaks of violence. In the West Bank, continuing settlement expansion and the lack of a horizon for ending the occupation are major sources of frustration and conflict. In the Gaza Strip, years of blockade and recurrent outbreaks of hostilities have eroded basic infrastructure, service delivery, livelihoods and coping mechanisms. The overall context is that of a protracted protection crisis driven by lack of respect for international law, and a lack of accountability for violations.

OCHA oPt works to ensure a coordinated and effective response to humanitarian needs stemming from the conflict, the occupation and other policies, as well as from natural disasters or extreme weather events.

OCHA is the part of the United Nations Secretariat responsible for bringing together humanitarian actors to ensure a coherent response to emergencies. OCHA also ensures there is a framework within which each actor can contribute to the overall response effort.

OCHA’s mission is to:

For the most up-to-date information, including alerts, daily facts and recent publications, check out our official Facebook page.

Boycott, Divestment, Sanctions (BDS) is a Palestinian-led movement for freedom, justice and equality. BDS upholds the simple principle that Palestinians are entitled to the same rights as the rest of humanity.

Israel is occupying and colonising Palestinian land, discriminating against Palestinian citizens of Israel and denying Palestinian refugees the right to return to their homes. Inspired by the South African anti-apartheid movement, the BDS call urges action to pressure Israel to comply with international law.

BDS is now a vibrant global movement made up of unions, academic associations, churches and grassroots movements across the world. Eleven years since its launch, BDS is having a major impact and is effectively challenging international support for Israeli apartheid and settler-colonialism.

To the casual visitor or tourist driving through the occupied West Bank or Jerusalem, Israeli settlements may appear as just another set of houses on a hill.

The middle-class suburban style townhouses, built fast and locked in a grid of uniform units, stand like fortified compounds, in direct contrast to the sprawling limestone Palestinian homes below.

The largest settlement, Modi’in Illit, houses more than 64,000 Israeli Jews in the occupied West Bank. The mega-settlement has its own mayor, as well as schools, shopping malls and medical centres.

Some settlements even have their own universities.